More than just three songwriters sharing their craft, She 3 features an in-the-round experience that enhances each performer’s strengths with harmonies, instrumental support and a story or two. 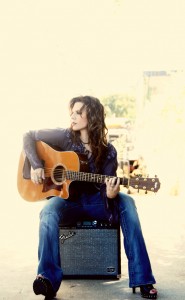 New York-born, LA-based singer-songwriter Ali Handal holds her own among the ranks of fierce female performing singer-songwriters. She sets the stage ablaze with groove-heavy songs, fiery guitar passages and soulful lyrics delivered by her powerhouse voice. Music Connection magazine describes her as “earthy, natural, real and loaded with talent….” Ali’s songs have been featured in numerous films and hit shows like Sex and the City, Dawson’s Creek and iCarly. She’s toured Australia, Japan and beyond, provided backing vocals for Neil Young, and shared the stage with songwriting legend Paul Williams as his featured vocalist. Ali penned Guitar for Girls (Hal Leonard), a guitar method book & CD brimming with advice for aspiring musicians. www.AliHandal.com 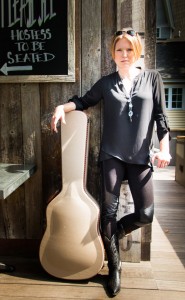 Laura Clapp grew up in New England. She’s brash, she’s honest and she’s happy to be here. Put these things together and you get an artist not afraid to tell it like it is who thrives on love, excitement and a passion for life. After moving to Nashville as a Berklee College of Music graduate in 2001, Laura quickly befriended some of Music City’s best and it wasn’t long before she was singing for a living. This led to countless demo sessions, a stint as a product specialist for Victoria-based TC-Helicon and an incredible journey as backing vocalist for 80’s synth legend Howard Jones. Laura’s voice has taken her all over the world and she can’t wait to see where it will lead her to next. www.lauraclapp.com 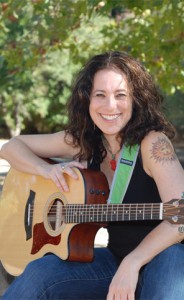 Featuring earnest and relatable lyrics, Boston-based singer/songwriter Laura B. Whitmore vibrantly explores love, loss and sense of self. Armed with an acoustic guitar, Whitmore can be equally sweet and raucous, with songs ranging from traditional singer/ songwriter fare to blues, rock and even gospel. As a music industry marketer, an editor for Guitar World Magazine, founder of the Women’s International Music Network, and producer of the She Rocks Awards and the BackStory series for AOL, she is hooked in to the music industry at many levels. Formerly a resident of New York and San Francisco, Laura has fans and connections all over the country. She hosts a house concert series in her home in Needham, MA, called Acoustic Kitchen. www.laurabwhitmore.com